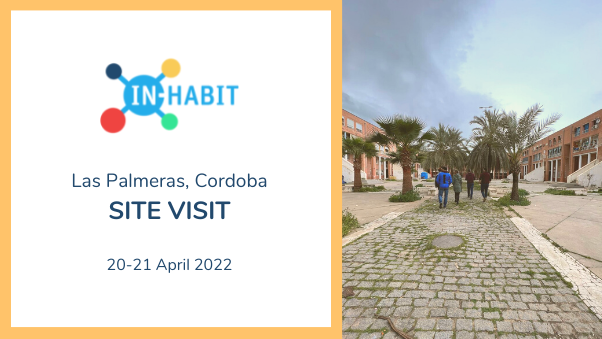 For two days, the partners of the European IN-HABIT project, coordinated by the University of Cordoba, travelled to the Andalusian city, where they were able to get to know both Las Palmeras, the neighbourhood where the project is focused, and the conditions in which its residents live.

BOT, UREAD, TSR, and DFC participated in a two-day agenda in which they were familiarised with the people of the neighbourhood and the plans that the IN-HABIT project aims to co-design and co-implement with the collaboration of the locals. Isotta Mac Fadden, the IN-HABIT local activator, explains: “It has been an important opportunity for the transversal partners to be able to visualise the work we carry out in Cordoba, where we use tools adapted to the real needs of the context. Thus, they have been able to learn about the dynamics of neighbourhood work and IN-HUB functioning, participating directly in the day-to-day work in Cordoba.”

There were two intense days of meetings with the general coordinator of social services from Cordoba City Council and the director of La Foggara, who had the opportunity to contextualise the problems of Las Palmeras and inform the IN-HABIT members about the neighbourhood and its origins.

The purpose of the partners’ visit was to better understand the context of the research and the reasons for doing it in a certain way. “It has helped us to share what each of us has been doing, resolve any doubts, and be able to work specifically on what each partner needs for their work package,” adds Javier Martínez, an IN-HABIT worker.

There were also meetings held at the Casa de la Igualdad with the equality promoters from La Foggara and others meeting with neighbourhood organisations to discuss pending issues and explain the behavioural games.

However, not all of the agenda was based on meetings, and the members were also able to visit the courtyards that make up Las Palmeras, where the problems faced by the neighbourhood were presented, and where they were able to meet and engage with the inhabitants. “The members had the opportunity to get to know and participate in the weekly activities of the Las Palmeras Committee and the neighbourhood workshops. They also enjoyed enriching informal moments, stopping to talk to locals while walking the streets or having a coffee in the neighbourhood bar, as well as a meal with residents actively involved in the IN-HUB and UAB, giving them a better understanding of the local culture,” says Mac Fadden.

The residents in the neighbourhood were very pleased with the visit and look forward to welcoming the IN-HABIT partners again soon. Toñi Carrillo declared that she “found the work they do very interesting,” and added, “I really liked the way they treated us all and the joy and generosity they showed us. I was delighted with all of them for their ability to make everything easier.”

Finally, a communication workshop was held with the residents in attendance, and a radio programme was recorded, which will soon be broadcast on the IN-HABIT section of Onda Palmeras: “Palmeras, your voice can be heard”. 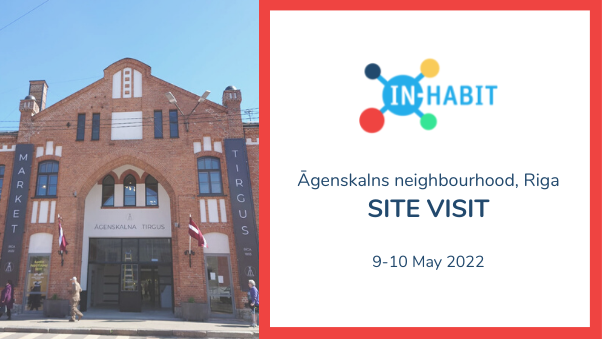 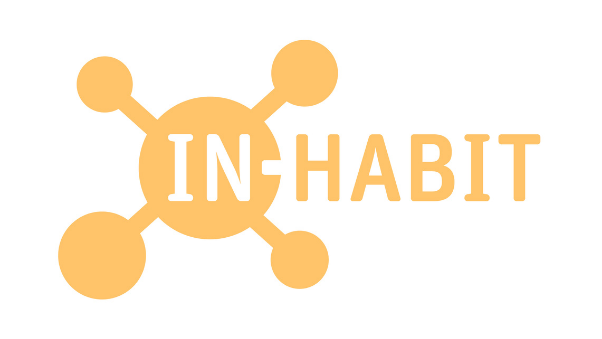 Vacancy in the UCO team

We use cookies on our website to give you the most relevant experience by remembering your preferences and repeat visits. By clicking “Accept All”, you consent to the use of ALL the cookies. However, you may visit "Cookie Settings" to provide a controlled consent.
Cookie SettingsAccept All
Manage consent

This website uses cookies to improve your experience while you navigate through the website. Out of these, the cookies that are categorized as necessary are stored on your browser as they are essential for the working of basic functionalities of the website. We also use third-party cookies that help us analyze and understand how you use this website. These cookies will be stored in your browser only with your consent. You also have the option to opt-out of these cookies. But opting out of some of these cookies may affect your browsing experience.
Necessary Always Enabled
Necessary cookies are absolutely essential for the website to function properly. These cookies ensure basic functionalities and security features of the website, anonymously.
Functional
Functional cookies help to perform certain functionalities like sharing the content of the website on social media platforms, collect feedbacks, and other third-party features.
Performance
Performance cookies are used to understand and analyze the key performance indexes of the website which helps in delivering a better user experience for the visitors.
Analytics
Analytical cookies are used to understand how visitors interact with the website. These cookies help provide information on metrics the number of visitors, bounce rate, traffic source, etc.
Advertisement
Advertisement cookies are used to provide visitors with relevant ads and marketing campaigns. These cookies track visitors across websites and collect information to provide customized ads.
Others
Other uncategorized cookies are those that are being analyzed and have not been classified into a category as yet.
SAVE & ACCEPT

Epilepsy Safe Mode
Dampens color and removes blinks
This mode enables people with epilepsy to use the website safely by eliminating the risk of seizures that result from flashing or blinking animations and risky color combinations.
Visually Impaired Mode
Improves website's visuals
This mode adjusts the website for the convenience of users with visual impairments such as Degrading Eyesight, Tunnel Vision, Cataract, Glaucoma, and others.
Cognitive Disability Mode
Helps to focus on specific content
This mode provides different assistive options to help users with cognitive impairments such as Dyslexia, Autism, CVA, and others, to focus on the essential elements of the website more easily.
ADHD Friendly Mode
Reduces distractions and improve focus
This mode helps users with ADHD and Neurodevelopmental disorders to read, browse, and focus on the main website elements more easily while significantly reducing distractions.
Blindness Mode
Allows using the site with your screen-reader
This mode configures the website to be compatible with screen-readers such as JAWS, NVDA, VoiceOver, and TalkBack. A screen-reader is software for blind users that is installed on a computer and smartphone, and websites must be compatible with it.

We firmly believe that the internet should be available and accessible to anyone, and are committed to providing a website that is accessible to the widest possible audience, regardless of circumstance and ability. To fulfill this, we aim to adhere as strictly as possible to the World Wide Web Consortium’s (W3C) Web Content Accessibility Guidelines 2.1 (WCAG 2.1) at the AA level. These guidelines explain how to make web content accessible to people with a wide array of disabilities. Complying with those guidelines helps us ensure that the website is accessible to all people: blind people, people with motor impairments, visual impairment, cognitive disabilities, and more. This website utilizes various technologies that are meant to make it as accessible as possible at all times. We utilize an accessibility interface that allows persons with specific disabilities to adjust the website’s UI (user interface) and design it to their personal needs. Additionally, the website utilizes an AI-based application that runs in the background and optimizes its accessibility level constantly. This application remediates the website’s HTML, adapts Its functionality and behavior for screen-readers used by the blind users, and for keyboard functions used by individuals with motor impairments. If you’ve found a malfunction or have ideas for improvement, we’ll be happy to hear from you. You can reach out to the website’s operators by using the following email info@inhabit-h2020.eu

Our website implements the ARIA attributes (Accessible Rich Internet Applications) technique, alongside various different behavioral changes, to ensure blind users visiting with screen-readers are able to read, comprehend, and enjoy the website’s functions. As soon as a user with a screen-reader enters your site, they immediately receive a prompt to enter the Screen-Reader Profile so they can browse and operate your site effectively. Here’s how our website covers some of the most important screen-reader requirements, alongside console screenshots of code examples:

We aim to support the widest array of browsers and assistive technologies as possible, so our users can choose the best fitting tools for them, with as few limitations as possible. Therefore, we have worked very hard to be able to support all major systems that comprise over 95% of the user market share including Google Chrome, Mozilla Firefox, Apple Safari, Opera and Microsoft Edge, JAWS and NVDA (screen readers), both for Windows and for MAC users.

Despite our very best efforts to allow anybody to adjust the website to their needs, there may still be pages or sections that are not fully accessible, are in the process of becoming accessible, or are lacking an adequate technological solution to make them accessible. Still, we are continually improving our accessibility, adding, updating and improving its options and features, and developing and adopting new technologies. All this is meant to reach the optimal level of accessibility, following technological advancements. For any assistance, please reach out to info@inhabit-h2020.eu